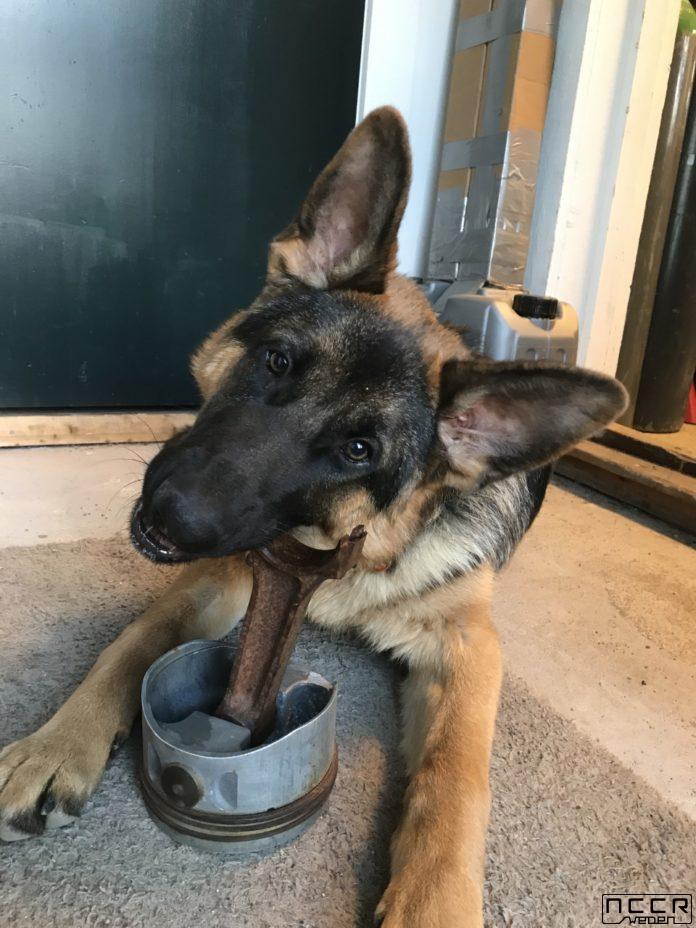 When I had recently moved back to Hälsingland in 2005, I finally had enough space and freedom to get my own dog. I wanted to rescue some poor fellow, so I looked up the local version of Ebay. Found an advertisement about a 4 month old German Shepherd that apparently was dominant, not good with children etc etc… Loads of weird things to say about a puppy. Long story short, Skippy ended up with me and we haven’t really looked back since!

Skippy is my partner in crime and wherever I go, he goes. Smilla, Birgit’s dog, may think he’s annoying at times, but she secretly loves him. She helped teaching him that car rides, swimming and other dogs aren’t scary.

He got his name due to the fact that he looked like a little kangaroo when I first got him – huuuugest ears, longest tail and way too big feet that he tripped over from time to time. And if he got spooked by something, he’d jump not unlike that little bush kangaroo from the Australian tv series (yes, they showed that in Germany).

He’s very attentive and I’m sure he’ll make a brilliant mechanic one day! Or at least a decent guard dog – when he’s awake.

Both dogs have been featured as photo and video models. While Skippy is well behaved and easily taught (“and boring”, mom would say), Smilla is the unruly fun-factor that brings unpredictability to our shoots and lets us improvise with her. See the videos below and watch the duo in action!